Alcatel One Touch Idol X+ (Plus) 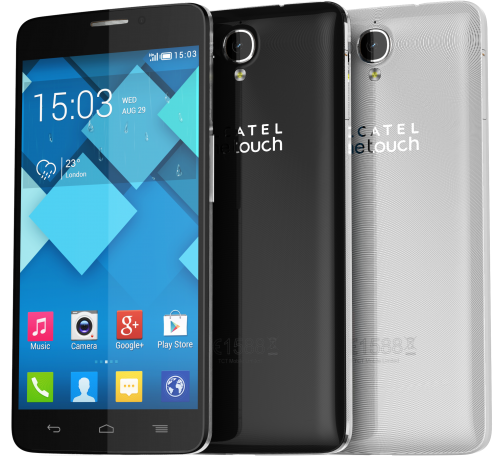 The Alcatel One Touch Idol X+ (Plus) was announced in January and expected to be released this month. This GSM device will be released in black and white on Android OS, Jellybean. It is expected to have a 5” IPS, LCD capacitive touchscreen with scratch-resistant glass and oleophobic coating. This will come in 2 versions: 16GB or 32GB and both are expandable up to 64GB with a micro-SD card.

Unlike most Alcatel devices, this one is said to have a 13.1MP camera, 2MP front-facing camera with a 1080p camcorder for all your picture-taking needs. It also has a Mediatek octa-core 2 GHz Cortex-A7 processor and 2GB RAM. And for all you gamers out there, a Mali-450 GPU for amazing graphics. Unfortunately it has a non-removable battery but it is a 2500 mAh Li-ion battery so you can expect up to 12 hours of talk time or up to 240 hours on standby.

As the phone has not yet been released, some specs may be updated or upgraded once it is launched. But definitely a phone to look forward to.