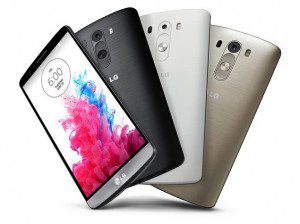 The LG G3 was released in June 2014 and was available for Fido. This device was released rnning Kit Kat but can now be upgraded to Lollipop. It has 16GB of internal storage which can be externally expanded up to 128GB. The LG G3 has a 5.5″ IPS LCD touch screen with Corning Gorilla Glass. It also has a 13MP camera, with a 2160p video recorder, and a 2.1MP front-facing camera. The LG G3 is efficient and highly functional thanks to its quad-core processor, 3GB RAM and Adreno 330. Once unlocked, this device can be used with compatible carriers.

Why Unlock your Fido LG G3 with Cellunlocker.net?

How to Unlock Your Fido LG G3

Make sure your device is not hardlocked!