Google set out into 2016 with a new goal in mind. Get rid of the Nexus name and usher in a new era for the Pixel series “made by Google”. The word is that Huawei was supposed to be the partner with Google for 2016. Unfortunately, once the company found out that the Huawei branding is not going to be showcased in any way in the advertisements and in the phones Huawei backed out. HTC took the spot as Google’s partner to create the two devices we see today; Google Pixel and the Pixel XL.

The review here is simply to look at the general information released by Google on these two devices and for us to make a quick judgement. Of course, we will need to spend more time with these puppies when possible to give a better review later on. So stay tuned.

What is the difference between the Pixel and the Pixel XL?

The Pixel was introduced alongside its elder brother the Pixel XL (which is a lot more expensive as well). The difference between the two aren’t that great other than the battery capacity and the display specs.

Similarities between the Two

This is where their differences ends. In terms of other hardware features and software features the two devices are the same. They both run on the new Snapdragon 821 processor which operates via the 2×2 Kryo cores which have higher clock speeds compared to the Snapdragon 820. The GPU will be the Adreno 530 also with higher clock speeds compared to the Adreno 530 found on the 820 SoC. Technically, the Pixel phone’s are the first devices to get the 821 SoC and this should make these phones the fastest and most up to date mobile phones in 2016 compared to the flurry of smartphone releases with the likes of the iPhone 7, Note 7, HTC 10, One plus 3 and more.

Both the Pixel and the Pixel XL will have 4GB of LPDDR4 RAM, a 32 or 128 GB internal storage base. Unfortunately, both phone’s will not feature a microSD slot.  Corning Gorilla Glass 4 glass is also used as both phones are seamlessly built from metal and glass. These are two premium devices. They will both have the USB Type C connection and a huge advertised feature is that the Pixel can charge up 7 hours of battery life within 15 minutes of fast charging. We suspect this is possible with the advent of Quick Charge 3.0.

The Snapdragon 821 has a 10% increase in performance so we should see improved performance in VR as well.

Speaking of VR, the Pixel phone’s will be the first to be compatible with Google’s Daydream VR platform which has been announced. Google has been teasing us with the much anticipated Daydream platform for some time now. It seems that there is much fruit to their works. The larger 5.5″ QHD screen will be a lot more pleasant to use via the Pixel XL with the VR headset for certain compared to the smaller Pixel’s FHD. QHD screens generally have a lot more sharper images displayed on screen. 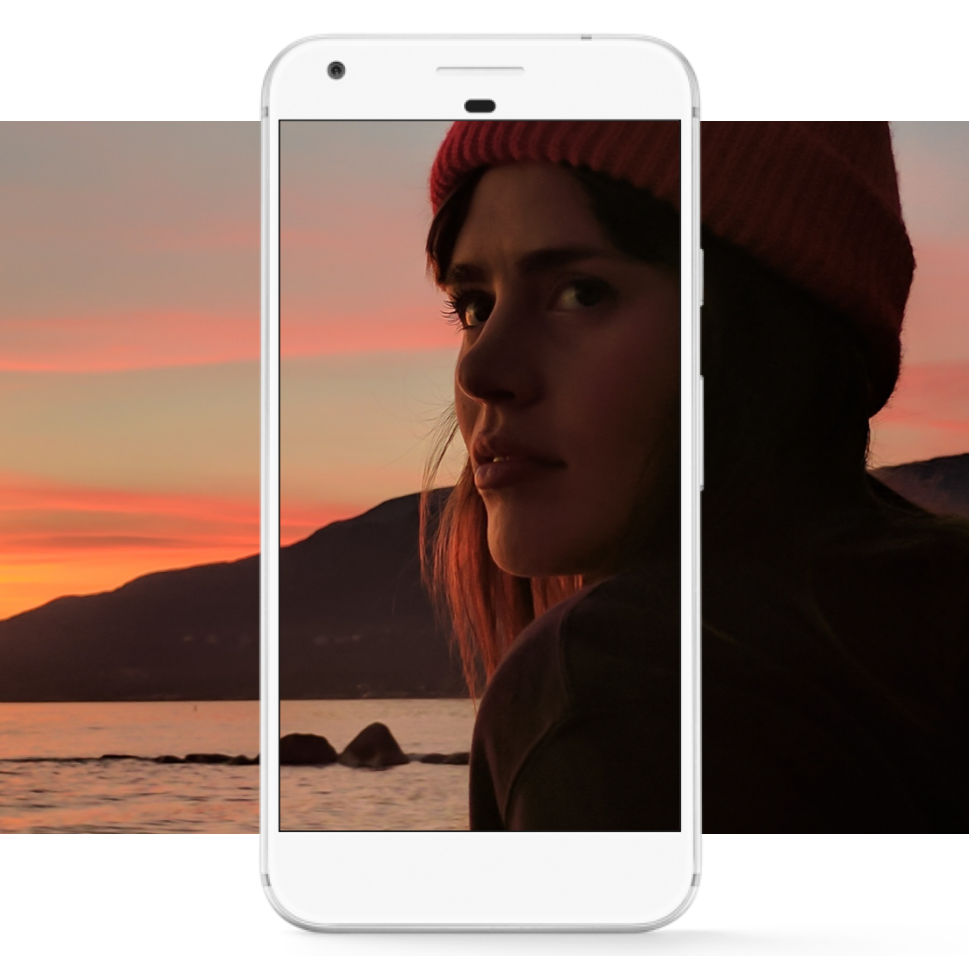 The Camera is a rather large part of their advertisement as well as Google stated that these phones hit the highest mobile DxO photography score of 89, a record high in the industry of smartphone cameras. DXO mark has stated that “the Pixel has the highest rated smartphone camera ever tested.” Both models carry the 12.3 MP camera with rather low level’s of noise in various lighting conditions. Both phone’s are said to have very fast autofocus, accurate exposures, and great control of white balance. Low light photography is also much improved with an aperture of f/2.0.

Many have rated the Galaxy S7 Edge as the device with the best smartphone camera. It’s DXOMark was rated at 88. The Pixel impressed us with a slightly higher score of 89. We are confident, in this case, that the Pixel will be a very strong performer.

The Pixel devices are the first to have Google Assistant built into the software. Users simply need to touch and hold the home button and say the “word”. The Assistant then comes up and gets to work. Google’s event demo’ed the Assistant being used to bring out photos from specific times and places, plays music of your choice and your favorite music app as default. This feature also integrate the Google Now on Tap function which is very useful when quickly asking your phone for directions to places, for restaurants, phone calls, and access into other apps. The Assistant can also make reservations for you at particular restaurants. 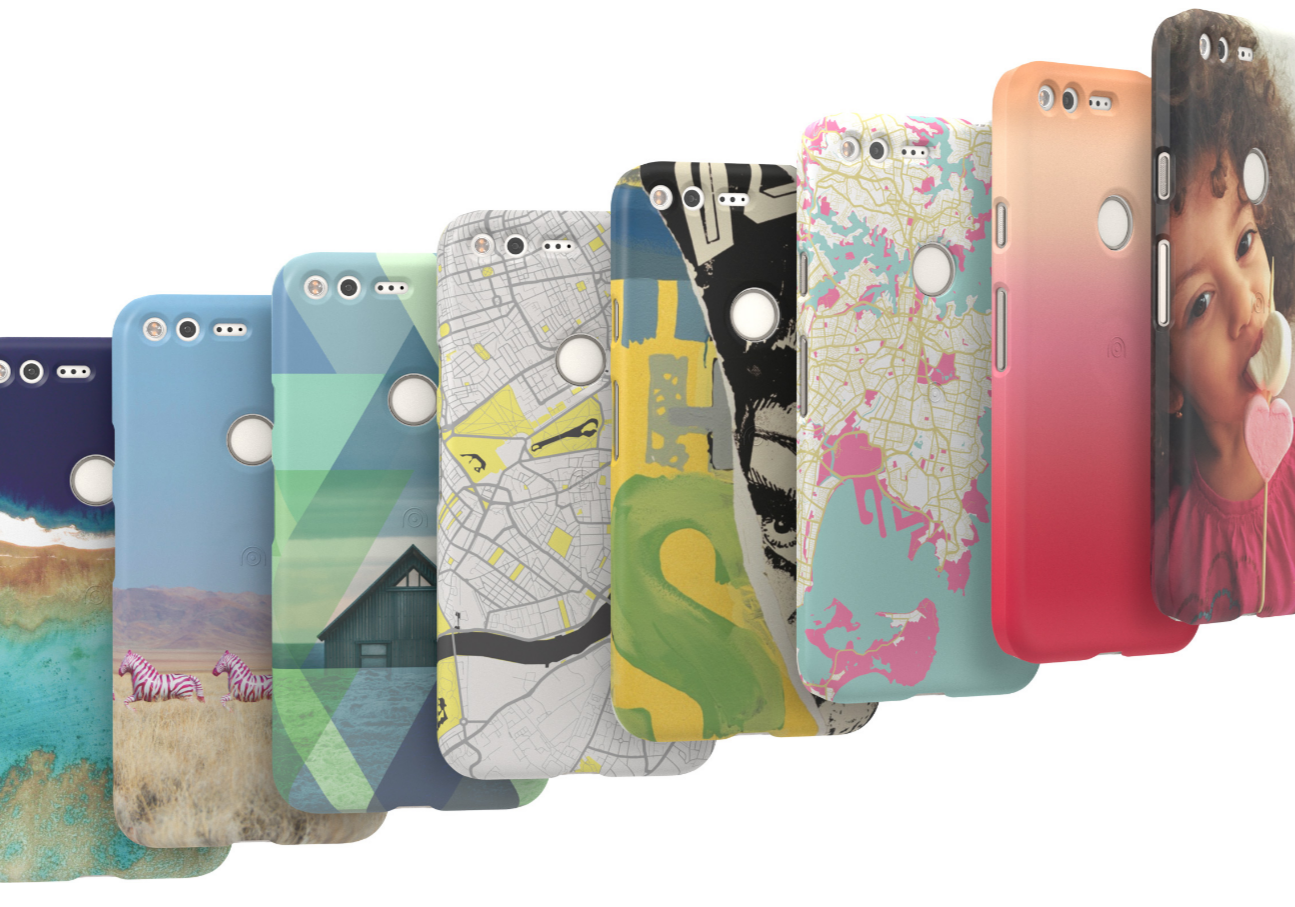 Google has taken off the size limitation and compression of images and allows free unlimited storage space for “full resolution” images and videos shot with your Pixel. This also supports your 4K video shots.

The Pixel smartphones will feature awesome 3.5mm headphone jacks! To be honest the headphone jacks are placed on the top of the phone’s so that is up for subjective opinions.

The handsets will come in 3 colors, “Quite Black”, “Really Blue”, and “Very Silver”. The model designs, to be honest, reminds us of a cross between the HTC 10 and the iPhone 5 model.

Google will be updating the Pixel as soon as updates are available. Google phones will always be first to obtain the latest Android software upgrades. Included in the handsets software is a 24 hour support system directly to Google’s phone support. The tech support operator will be able to see exactly what is on your screen an help you out with your situation. Google has updated the Pixel’s hardware to be able to get the 7 hours of power with only 15 minutes of quick charging for awesome on the go endurance. Finally we see the inclusion of Google Duo which is Google’s own video chat application.