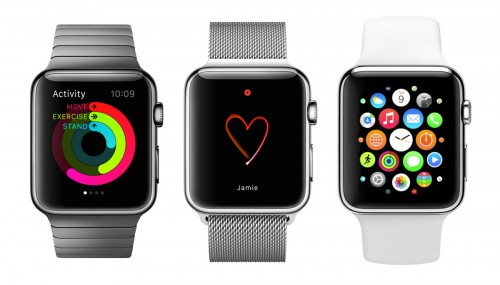 It wouldn’t be right to say that the Apple Watch is revolutionary. Smart watches have been around for years, but admittedly, not many people knew about them until Apple introduced one. In fact, Apple introduced three.

If you start a discussion about the Watch’s body and design with a group of friends, grab some popcorn because it could go on for hours. Many will hate it. More will love it. Comparisons to other watches will be drawn. For today, however, we’re going to look only at the Apple Watch because I feel like we can’t fairly compare it to Android Wear or the Pebble not only because they don’t share the same ecosystem and niche, but also because early adopters generally have a pretty good idea of what they want out of a smartwatch.

But is an Apple Watch right for you? What are its functions? What does it do? What’s the whole point of a smartwatch at all?!

Let’s try to answer some of your questions.

Many people liken the Apple Watch to a smaller iPhone on your wrist. This is incorrect because it can’t replace your iPhone. You’ll still need to have your iPhone within the same area for your Watch to receive messages, emails, or make calls. The tiny screen on your wrist is just not up to the task of casual browsing or watching YouTube videos. 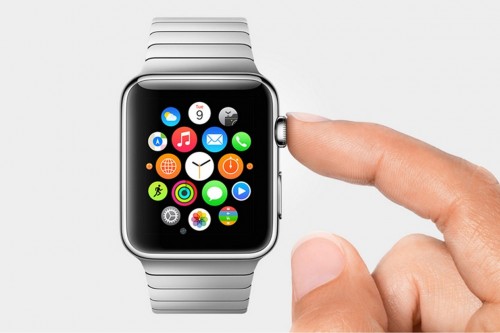 What it will do is become an extension of your phone. You’ll find that you won’t be pulling your phone out of your pockets or purse every time you hear or feel a notification. In fact, those of you who can’t let go of your phones will find that you’ll have a much easier time putting the phone down or away while you try to juggle a cup of coffee in one hand and a textbook in the other. Having the benefits of viewing, dismissing, and taking notifications on your wrist means that a quick glance at your wrist will tell you whether it’s your friend replying to you with “OK” or that important call you’ve been waiting all day for.

The Watch also doubles as a simple fitness tracker–extra emphasis on “simple.” If you’re looking to replace your FitBit or daily fitness tracker, the Apple Watch won’t cut it. In fun and colourful rings, the Watch will display your generic step goals and calories burned. You can run or go to the gym with it. It will also tell you to get up and stand or walk around to avoid a sedentary lifestyle–which is good if you’re stuck sitting for 8 hours a day. However, you can’t set personal goals outside of the few preset ones. It includes a heart rate monitor as well, but it’s not very accurate so users will likely find themselves with sporadic results. The good thing about this is that even though it isn’t as comprehensive as it could (and arguably, should) be, it at least gives users a loose idea of what their days and work outs are like in terms of distance, calories, and what it does to their body.

A whole new ecosystem was also opened with the introduction of this pricey watch. Unfortunately, as most first generation devices tend to be, the applications are not quite fine-tuned yet. Apps such as Facebook, Instagram, and Twitter are all very limited to simply notifying you of new activity rather than allowing you to deeply interact with it beyond opening the application on your phone. Of course, this applies mostly to third-party applications. Apps that are native to the Watch demonstrate a wider spectrum of interactivity. However, we expect that this will improve over time as developers continue to update and create applications more fitting to utilize the Watch’s potential. 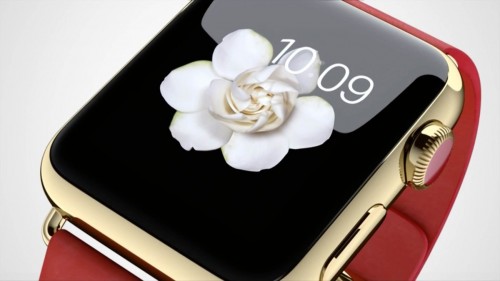 You can argue many things about the Apple Watch, but you can’t quite argue that it’s an essential tool for casual or productive use. The ability to send someone your heartbeat has just never rubbed me the right way and seemed a little more creepy than intimate. It’s a solidly built device, but also doesn’t quite seem to match up with circular themed watchfaces. On the topic of watchfaces, despite touting intimacy as one of its selling points, you are only allowed to choose from 10 preset watchfaces. You can also play music, send location, and even make purchases with Apple Pay directly from the Watch itself.

The Watch will last about a day or a day and a half depending on your usage, but unless you want to carry a charger around with you, it’s likely that the Watch will be charged every night. A nifty feature that the Watch bears is something called Power Reserve mode. At a certain point of battery exhaustion, the Watch will turn off every feature except the time display. This means that when you run out of battery, the Watch will still have enough juice left to do what a watch is supposed to: tell the time. However, because you paid big bucks for a smartwatch, you’ll likely be rushing toward a charger to boost it back up to utilize its full features again.

So what does the Apple Watch try to be? A watch? A fitness tracker? A stylish accessory? It seems like Apple’s tried to hit all three categories in one light little package. The watch movement for Apple is currently its early stages and so I think it’s fair to say that it seems like they’re trying to find out where it most comfortably lies. I expect that as the generations develop, Apple will focus more on one aspect and show exponential improvement.

Let us know your thoughts on the Apple Watch and whether you will be getting one (or if you already have on on your wrist!).