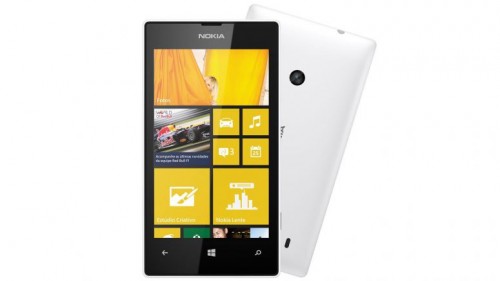 T-Mobile USA released the Nokia Lumia 521 in April 2013, which is exclusive to their network. The Lumia 521 was avilable in red, cyan, yellow and white. It has a 4″ IPS LCD touch screnn with Corning Gorilla Glass. The device also has a 5MP camera and 720p video recorder but no front-facing camera. The Lumia 521 has 8GB of internal memory, which can be externally expanded up to 64GB. It was launched on Windows 8 but is now upgradable to Windows 8.1. The Lumia 521 is perfect as an entry to mid-level smart phone; it’s practical, user friendly and can do everything your Android or iPhone can! Once unlocked, it can be used with compatible GSM networks only.Unlocking your T-Mobile Nokia Lumia 521 is fast, simple and 100% guaranteed by Cellunlocker.net.

Why Unlock your T-Mobile Nokia Lumia 521 with Cellunlocker.net?

* Easily switch Sim cards between GSM Carriers using the same Nokia phone
* Our Automated system will E-Mail you the Lumia Unlock code
* If you are travelling, buy a local SIM card and save on roaming fees
* Unlock your Nokia device from the comfort of your own home fast and easy
* No complicated rooting, software, or cables required
* Simply enter the 8 or 20 digit Sim Pin or Unlock Code we e-mail you
* There is absolutely no risk of damaging your Nokia phone by unlocking it.
* Cellunlocker.net Guarantees Lowest price and Fastest Turnaround time
* 100% Guaranteed, if we cannot unlock your Nokia Lumia phone we will refund you

How to Unlock Your T-Mobile Nokia Lumia 521

Make sure your device is not hardlocked prior to ordering!