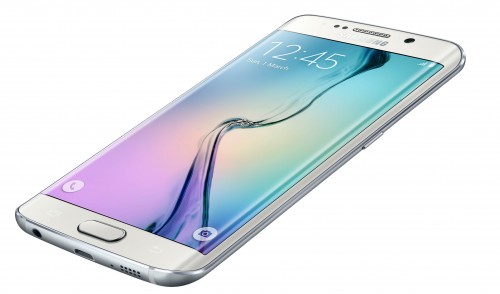 It really seems like just yesterday that people were complaining about Samsung’s lack of premium devices. Now, we practically have a whole line available to choose from!

Design is such an important factor when it comes to cell phones. For most people, cell phones have almost become an extension of yourself, so you naturally want it to reflect who you are.
Lamentations regarding the plastic, fake feeling of their Samsung phones are always likely to come up when asked their feelings about their phones. While the Galaxy flagship phones have always had top-notch specifications, their external design always lacked a little something special. With the recent release of the new Galaxy devices–made of all metal and glass–completely sleek and sexy, Samsung has completely turned things around and entered a new ballgame. Just recently, we were introduced to the newly released Galaxy Note 5 and the Galaxy S6 edge+.

We took a look at the S6 edge when it first came out, so let’s take a moment to see some differences between the S6 edge and the new S6 edge+. 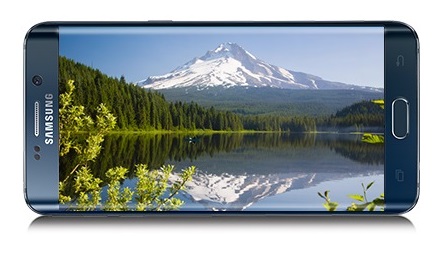 In comparison, the phones are really only just slightly different. Both devices have a 1440 x 2560 display, with the edge having a 5.1” screen and the edge+ featuring a 5.7” one to join the world of phablets. The pixel density goes from 577ppi to 518ppi with the advancement in screen size. Of course, the drop in density isn’t going to be a huge deal because 518ppi is still highly respectable. In fact, I’m sure that even if the two phones were placed next to each other, you wont notice the difference.

Both phones run Android 5.1 Lollipop and the updated, cleaner version of TouchWiz. The edge+ currently have some features that the S6 edge doesn’t. For example, if you have the edge+, you’ll get the ability connect your phone to your computer or tablet to answer calls, texts, and backup data. You also get other goodies like more manual settings and control over camera settings. However, it’s likely that the S6 edge will receive most–if not all–of the new features that the edge+ through later software updates.

They also share the same processor, Samsung’s own Exynos 7420 processor, but the edge+ features 4GB of RAM over the S6 edge’s 3GB. The extra GB of RAM will really help customers utilize the additional screen estate of the S6 edge+ with multi-tasking or applications running in the background.

While the edge+ supports LTE-A, it loses the infrared blaster that turns your phone into a universal remote. The two phones share the same physical camera in terms of sensor size and megapixels, both sitting at 16MP in the rear and 5MP in the front. The edge+ has a lot more support for control over photos. The biggest upgrade has to be that you’ll have full control over shutter speed and take RAW photos. Both phones have OIS and wide aperture to allow for as much light as possible in darkly lit environments.

Being a bigger phone, the S6 edge+ naturally received a significant upgrade in battery capacity, as well. Instead of the little 2650mAh that the S6 Edge carries, users of the edge+ now have 3000mAh at the tips of their fingers.

Unsurprisingly, the battery is still unremovable and the memory is still not-expandable. The edge features of the phones have not improved much since the last iteration, and still feels like more of a gimmick than anything that could really prove to be a significant part of your daily adventures.

Many will say that the S6 edge+ is simply a bigger S6 edge, but it’s important to remember the amount of productivity you can get out of the extra screen estate and beefed specs. They’re the same phone without really being the same phone.