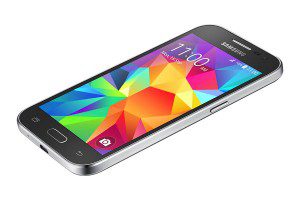 Samsung released the Galaxy Core Prime for Metro PCS in white, grey, and black. It was released running Kit Kat but is now upgradable to Lollipop. It has 8GB of internal storage and can be externally expanded up to 64GB. The Galaxy Core Prime has a 4.5″ multi-touch, touch screen. It also has a 5MP camera with a 720p video recorder, and a 2MP front-facing camera. The Core Prime camera supports touch focus, face detection, and geo-tagging! The Core Prime is efficient and practical for everyday use, with its quad-core processor and 1GB RAM. It can also be used for heavy gaming with its Adreno 306. The Core Prime supports LTE, FM Radio and digital TV as well! Once unlocked, it can be used with compatible GSM service providers only.

Why Unlock your Metro PCS Galaxy Core Prime with Cellunlocker.net?

How to Unlock Your Metro PCS Galaxy Core Prime

Please Note: You must be connected to a stable wi-fi or cellular data connection