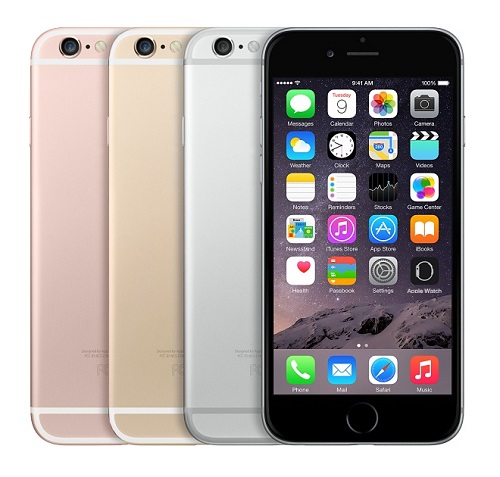 Recently, Apple released their latest iPhones: the iPhone 6S and the iPhone 6S Plus. These two new flagships look identical to the previous generations with the exception of an additional available color that has recently become an internet sensation–rose gold.

What’s New
Apple claims that “the only thing that’s changed is everything.” This is only slightly true. While the new iPhones look exactly like the previous iPhones, they’ve upgraded the material used and other internal hardware. In an attempt to avoid another “Bendgate” situation, the new phones are made of reinforced 7000 series aluminum. Now, what’s this 3D Touch that I’ve been hearing everyone rave about?

3D Touch is Apple’s venture into adding additional means of interacting with your phone’s screen. Think of it like the right click function of your mouse, but functional with only one finger and the pressure you apply onto the screen with that finger.The phone will sense how much pressure you’re applying onto the screen and allow you to, accordingly, peek, preview, or bring up additional menus to emails and other messages.

Unfortunately, this will come at the cost of battery capacity. We’re not yet told of the size of the iPhone 6S Plus’ battery, but it looks like the iPhone 6S will have a 1715mAh, a smidgen smaller than the 6’s 1810mAh. This leads us to believe that the 6S Plus will therefore have a smaller battery than the 6 Plus. The choice to go for a smaller battery strikes us as odd, considering almost every other flagship phone has opted to go bigger and better. However, Jony Ive doesn’t seem too worried about the decreased battery, claiming that the reason people are experiencing less battery life than expected is simply because they use the phone so often. He claims that the phone’s design is so innovative, natural, and just beautiful, the usability has gone up, therefore causing consumers to use the phone more often than they actually realize. While this seems to make sense, many users can agree that they would rather the phone be a little bit thicker in order to provide just that much extra battery life. Although, with the new A9 chip that’s supposed to be more efficient than ever, Apple is expecting that you’ll get better life anyway.

Another fanciful feature that the phone will provide is what’s called Live Photos. If you’ve ever seen GIFs on the internet, these photos are essentially that: a little animation that catches the few moments prior to and after the photo is taken.

Other than these listed, the new iPhones are very similar in every other way to the previous iPhone 6 siblings. If you’re coming from an iPhone 5 or even an iPhone 5S, you’ll find that it’s definitely worth the upgrade. The new features really make you feel like you’re getting what you pay for. However, if you just recently upgraded to an iPhone 6 or 6 Plus last year, you might just want to hold out until the next iPhones are released–the upgrades hardly seem worth the pretty penny you’ll have to spend. Besides, put the phones side by side and you practically won’t notice the difference.