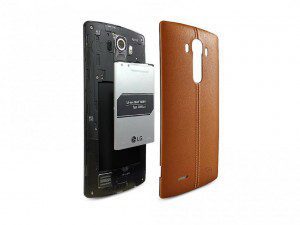 The LG G4 was released for Bell Mobility in April of 2015. It has 32GB of internal memory, which can be externally expanded up to 128GB. The G4 has a 5.5″ IPS LCD touch screen with Corning Gorilla Glass and LG Optimus UX 4.0 UI. It also has a 16MP camera with a 2160p video recorder, and a 8MP front-facing camera with a 1080p video recorder. The G4 camera supports optical image stabilization, geo-tagging. panorama, and much more. As the fourth successor in LG’s G series, the G4 surpasses previous models in speed and functionality; with its hexa-core processor, 3GB RAM, and Adreno 418. This model also supports FM Radio, optional wireless charging, and Quick Charge 2.0 (charges up to 60% in 30 minutes). Once unlocked, it’ll work with compatible GSM service providers.

Why Unlock your Bell LG G4 with Cellunlocker.net?

How to Unlock Your Bell LG G4

Make sure your LG G4 is not hardlocked!