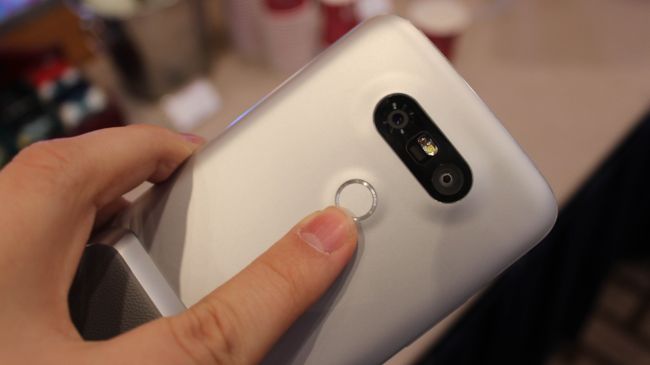 LG is a really innovative company, always coming up with new ideas to try and change the world of mobile phone users. First, they surprised everyone with a curved phone. Then, they released a phone that could swap out different modules. Now, they’ve developed a buttonless fingerprint sensor. While buttonless sensors likely won’t change how phones are used, it just might change the exterior design of cellphones and guide it toward a more minimalistic style.

These days, as most of you know, a flagship phone just isn’t complete without a fingerprint sensor. For example, big names such as Apple, Samsung, and now even HTC have incorporated it as an additional security feature for the phone as well as a mobile payment authorization method. However, having a physical hard key as a home button that doubles as the sensor can sometimes get in the way of the phone’s lines as well as be a bit cumbersome. As reported by LG Innotek, just by touching the device on its glass screen, LG’s fingerprint sensor module, placed 0.3mm underneath the glass, would be able to identify and respond to the fingerprint.

With the module hidden beneath glass, manufacturers have significantly more freedom with the design of phones. This means you can expect sleeker and more minimalistic, as well as possibly more user-friendly devices to be released within the next year. We could also see the release of more devices that are water/dust resistant, because the lack of an extra button could mean easier waterproofing.

A lot of people were quite disappointed at the decline of HTC’s BoomSound speakers, especially since the new HTC 10’s speakers were relocated to the bottom of the phone from the front. Samsung, who boast the now-nearly iconic design with the rounded rectangular home button, may change their design to incorporate a capacitive button to match the apps and return soft keys. Apple is also extremely keen on the sleek, minimal design, so they may also get rid of the iconic home button that’s been present since the very first iPhone.