Why the Galaxy Note 7 Explodes 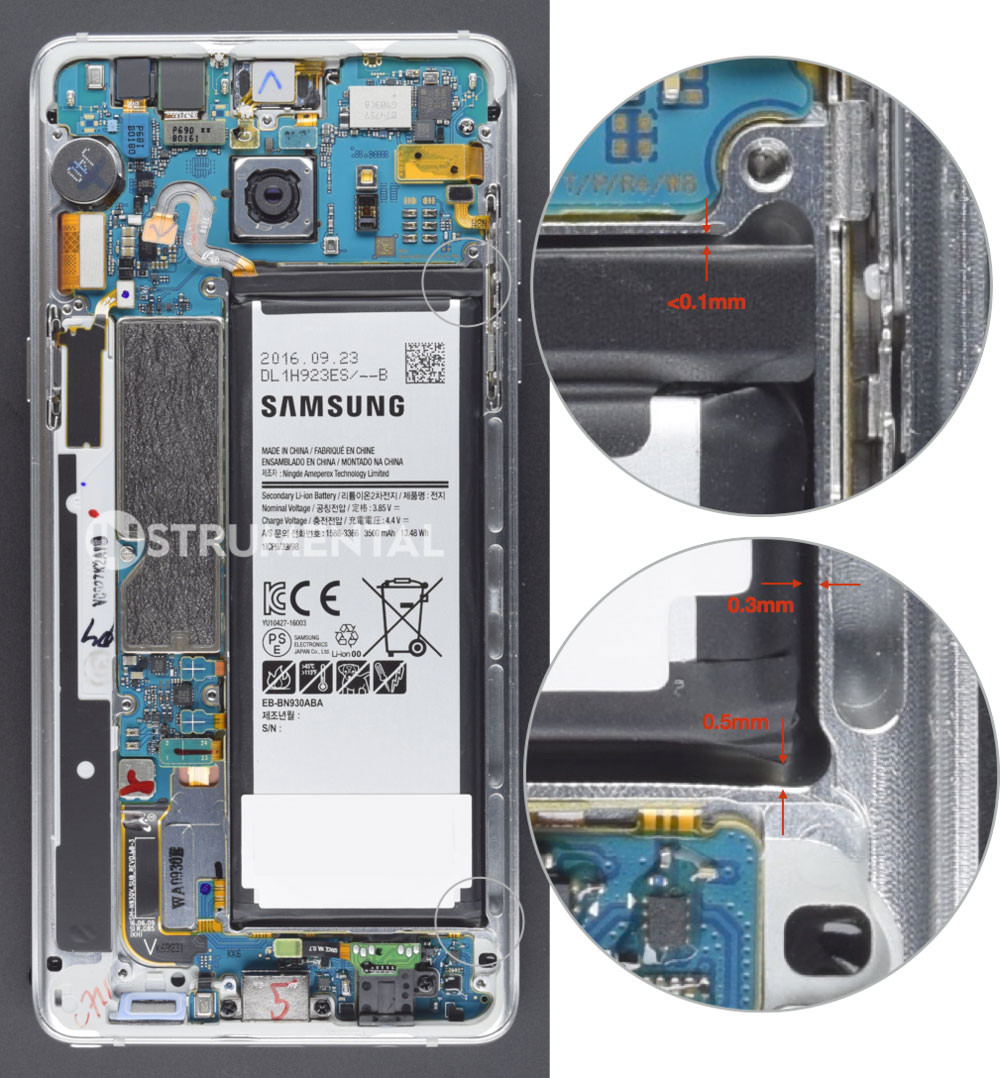 According to a company called Instrumental testing has been performed on the device to determine the cause of the exploding Galaxy Note 7. Results show that Samsung has been too “aggressive” with the design making the devices fire-prone. This is particularly related to how the battery was installed as well.

Since it’s release in August 2016 and throughout the next few months where the South Korean giant had to take action through a total recall of all Galaxy Note 7 units users have been reporting a slew of explosions in various locations around the world. Some of these circumstances have video footage, images and various news coverage. Samsung had no choice but to make the better decision to do a total recall.

A manufacturing technology company called Instrumental performed their own testing and tear down of the device. They believe they came upon the reasons as to why the Note 7’s were so fire prone.

The battery is created with a positive layer (lithium cobalt oxide) along side a negative layer made of graphite. There is another layer within the battery that separates these two positive / negative layers. The middle layer allows energy to flow back and forth between the two layers. If the Positive and Negative layers were to physically touch this would generate heat and lead to an explosion.

The aggressive design of the Note 7 to pack the best modules and features in an extremely thin profile contributed to this trouble. When users sit on or put pressure on the Note 7 devices we can see forces acted upon the battery that can lead to a tear in the middle layer. The battery was too large to fit in such a small space. Normally 10% spacing must be provided around the perimeter of the battery. Samsung left no spaces in some spots.

The battery also expands as users charge and use the device. This would put additional pressure on the battery itself as it pushes itself against the frame of the device.

The solution to the problem would have been to include a smaller battery than what Samsung decided. Of course, business wise this would have put Samsung at a disadvantage against Apple. However, this move may have saved Samsung from the great trouble it is still facing today.