LG Optimus L7 will be released for Rogers

Unlock LG Optimus
CellUnlocker How Tos
By Cellunlockernet12:02 am March 9, 2012 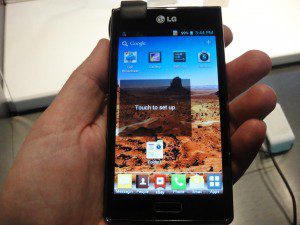 A number of Optimus “L” series devices were announced to be released during the MWC. Rogers has released news that it will be releasing the LG Optimus L7 for their network. The Optimus L7 will feature a 4.3 inch display, 5 megapixel camera, 1GHz processor and will run on Google’s Android OS 4.0 ICS. During the MWC they also accounced the release of the LG Optimus Vu, boasting a 5.3 inch screen, and the Optimus 4X HD3.

Cellunlocker.net is proud to announce we will able to unlock these devices to work on other GSM Networks once released.