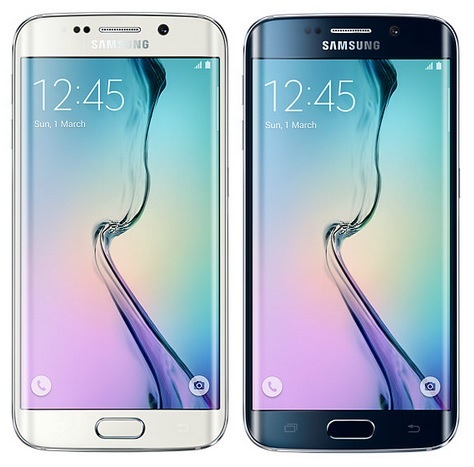 With the S6 Edge, we see many of the same familiar features alongside brand new ones. The first thing that users will notice is that Samsung has added two functional curved edges to this phone. The dual curved edges of this screen will enable users to view notifications, a clock, and recent contacts all without turning on phone’s entire screen. Users will also get to take advantage of another feature called “Edge Lighting,” where a specific colour can be assigned to a particular contact. When the phone is placed face down, the edge will illuminate with the appropriately assigned colour so that you’ll always know who’s calling. See your mother in law’s colour glowing? Reject it by touching the heart rate sensor with your finger without even picking up or looking at your screen.

The edge of the screen also allows for easier access to favourite people and their missed calls or messages. It will also display other information, such as the weather and battery life, when the phone is in sleep mode.

The S6 Edge comes in white, grey, gold, and an exclusive green.

Users will also immediately notice that Samsung has finally answered the cries of its consumers: this phone has been designed with an aluminum chassis sandwiched between Corning Gorilla Glass 4 on both the front and back of the phone—a controversial and daring choice made by Samsung. While this decision gives their new flagship phone the premium feel that users have been aching and complaining for, the introduction of this sleek design comes at the sacrifice of the beloved on-the-go removable battery. To compensate for this, the Galaxy S6 Edge ships with both the recently introduced fast charging adapter and the widely coveted wireless charging feature.

With just 10 minutes of charge from the Samsung Fast Charger (and any other AFC-compatible chargers), users can get up to 4 hours of use out of the 2,600mAh battery. The phone also comes with wireless charging, which is a pleasant surprise because previous devices restricted wireless charging only to specific cases. Users will be able to charge their S6 Edge on widely available wireless charging pads by simply placing the phone down without ever having to mess with the fuss of cables again. 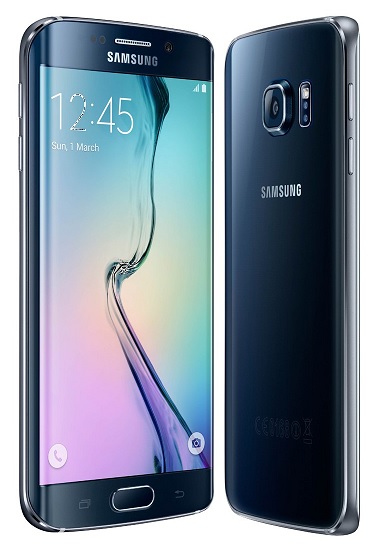 The S6 Edge, in all its aluminum and glass glory, has also lost the water and dust resistance that so many loved from its predecessor, the Galaxy S5. Judging from the route that Samsung took with the Galaxy S5 Active, we may be seeing a Galaxy S6 Active with water and dust resistance coming soon, as well. Whether the theorized phone will also have curved edges is anybody’s guess. While on the topic of discarded elements, another feature that Samsung dropped from its Galaxy S line is the integration of expandable memory. It seems that in order to find the perfect balance between the thinnest and sturdiest body, Samsung dropped both the removable battery and expandable memory, procuring a cry of outrage from many fans. However, to offset the loss of external memory, it is rumoured that the S6 Edge will ship with a free two year subscription to between 100GB and 115 GB of OneDrive storage. Whether that will help soften the blow for many disgruntled consumers is not yet known.

As usual, this newest addition to the Galaxy S family will ship with Samsung’s own Touchwiz UI as well as Android’s newest update: Lollipop.  We also get the now familiar Super AMOLED capacitive touchscreen, as well as a bump to 577 ppi pixel density (thanks to the 1440 x 2560 resolution). The screen size is still 5.1 inches. The device now uses a nano-SIM Card and we get an upgraded fingerprint sensor. The fingerprint sensor found in previous iterations of the Galaxy phones required its user to use a swiping motion down the sensor, proving to work inconsistently, but the upgraded one now works through only touch—no swipe required.

The S6 Edge will likely come with Samsung’s own processor, rumored to be the Exynos 7420. Whether this is a good choice will be determined after the phone is released for purchase. The heart rate sensor has again been included, this time relocated off to the side of the camera.

The rear camera has also received an upgrade, now sitting at 16MB with an f1.9 aperture sensor. The camera will be very quick with drawing in larger amounts of light for better photos in darker environments. Users will also get to enjoy optical image stabilization in the rear, as well as a 5MP front camera with a 120-degree wide-angle field of view not unlike the one seen on the Note 4. It doesn’t stop there: the front camera can now also shoot HDR photos for that perfect selfie. 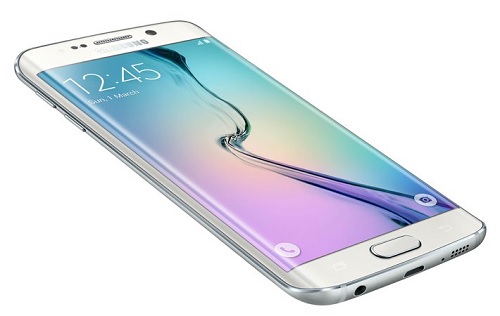 The Galaxy S6 and the Galaxy S6 Edge are the results of Samsung’s response to customers’ longstanding dreams of a premium feeling Galaxy S device. While the slim glass and aluminum body exude class and sophistication, consumers may mourn for the loss of water and dust resistance, removable battery, and expandable external memory. Both the software and hardware receive a boost from its predecessor, but it looks like it will be the physical upgrades to the Galaxy family that will give Samsung a more competitive edge.

The Galaxy S6 Edge seems like Samsung’s attempts at revolutionizing the way people use their cell phones. If it heralds positive reviews, we may be seeing more developed iterations of the Galaxy S lines with Edge brothers and sisters. For the moment, however, while the edge idea seems novel and is functional on paper, its users are likely to find the feature gimmicky in nature. Instead of becoming an indispensable experience, users may find themselves passively using the edges rather than actively integrating it into their daily lives. Like the original Galaxy Note’s S Pen, it may take a few more attempts before the edge idea becomes the defining feature of the Edge phone.

The Samsung Galaxy S6 Edge will be available from most large service providers. American carriers such as AT&T, T-Mobile, and Verizon, as well as Canadian carriers like Bell, Canada, and Rogers, will all be expected to carry this device. Keep in mind that most carriers provide the S6 Edge locked, so you’ll need an 8 digit code to unlock it. You can get this code from your carrier or choose to use Cellunlocker.net to help Get Your Samsung Galaxy S6 Edge Unlock Code.