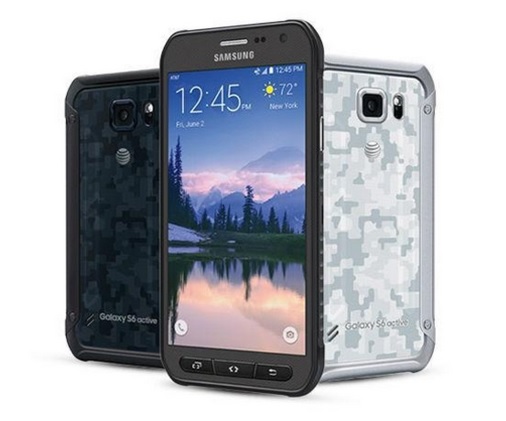 Good things come in threes. Samsung has announced that in addition to the Galaxy S6 and the S6 Edge, we will also receive the S6 Active. This iteration of the phone will be encased in hard rubber for extra durability, including a lip around the glass that protrudes a little outwards to prevent the screen from full impact when dropped. Unfortunately, the extra protection also means the phone is less svelte than its siblings. The phone will come in two options: matte black and a strange, white camo style.

With the exception of the added protection–and, as a consequence, added bulk– the S6 Active is pretty much the original S6 phone in terms of function. It has the same 5.1 inch screen with the same 1440 x 2560 pixels and Corning Gorilla Glass 4. Processor, RAM, and storage are also the same, which means that customers will not get to add additional memory to the phone. It also maintains the 5MP front camera and 16MP main camera. This is a good thing because users will get a phone with both durability and performance.

The few differences in the internals include: a battery bump, loss of the fingerprint scanner, and IP68 certification. The phone will now easily last an entire day, going from 2550mAh to 3500mAh. This is especially important, seeing as the phone is advertised as the perfect companion for outdoor activities, such as hiking or camping. 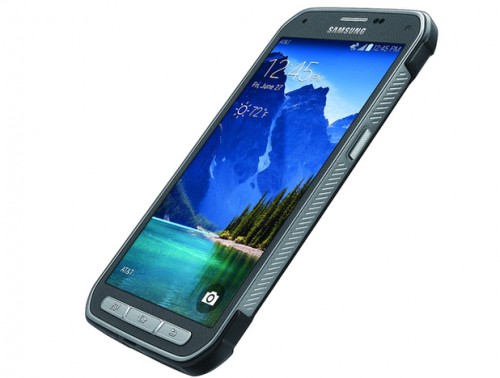 Speaking of outdoors, thanks to the IP68 certification, the S6 Active now has what the S6 and S6 Edge don’t: weather protection. It actually has a higher grade than the S5 and does not need the charging port cover to maintain its waterproof quality. It is also MIL-STD-810 certified, so it’s protected against salt, dust, humidity, rain, vibration, solar radiation, and shock. This means that you can fearlessly take the phone with you through all sorts of terrain and weather. The phone has also gained an extra button on the left side, above the volume rocker. It is an Active-exclusive feature that will bring up the weather, barometer, S-Health, compass, flashlight, and stopwatch– basically all things that would be useful while hiking or camping.

It’s worth noting that the buttons are also different. The volume rocker, Activity Zone button, and the power button are all textured for easier access. The recent apps and return soft buttons, capacitative on the S6 and S6 Edge, are now hard keys. Unfortunately, the speakers are still located on the back of the phone, which seems a little counter-intuitive for a device that is meant to be used outdoors.

While the phone is definitely not as pretty as its counterparts, there’s a certain charm to the design that keeps it in the game when compared to other rugged devices. For a long time now, rumours have been running around about the S6 Active. Now that we’ve taken a first look at the final product, will the Galaxy S6 Active be your new outdoors companion, or will its corpulent features turn you off?

When the S6 Active comes out, it will be locked to certain carriers. Get your S6 Active unlocked by Cellunlocker.net and use it anywhere in the world!