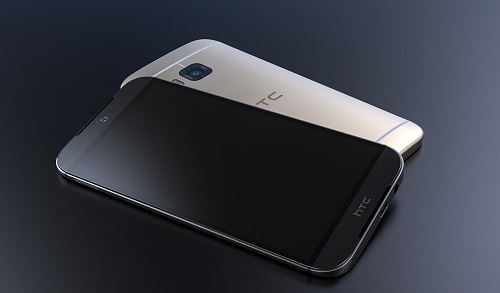 A phone that we’re very eager to see this year is the HTC One M10, also named the “Perfume”. Predicted to be officially announced in March, we’ve already seen some speculations make its way around the Internet. However, there’s not too much to go on for now, so keep your eye on our blog for any updates!

It’s pretty safe to say that since one of the first iterations of the HTC One phone, they’ve plateaued quite a bit, especially in comparison to other phones that have been released since. While the One has proven to be a sturdy, reliable, and capable device, it’s not really making the big splash that HTC must want it to. We’ve become too familiar with it and we want more. Fans are certainly hoping for bold and daring design moves from HTC.

Rumours are saying that HTC’s new flagship will be both waterproof and support wireless charging. This isn’t surprising, given that wireless charging is quickly making its way to becoming a new staple, and their rival, the Galaxy S6, has already been utilizing this feature for a year. We are surprised to hear about waterproofing, but we would love to see it become reality. HTC’s One devices sometimes lack features that may seem gimmicky–such as fingerprint readers–but having the phone waterproofed would really boost its popularity with their more rugged fanbase. We’re very curious to see how HTC would execute this, though. If we’ve learned one thing from Samsung, it’s that it’s hard to waterproof phones with metal pieces. On the flip side, however, we see Sony releasing one premium device after another that would survive a few dips in the pool.

There have been reports circulating that state the rear camera would be anywhere from 12MP to 23MP, and would still sport HTC’s own UltraPixel. It’s predicted to come with Android 6 Marshmallow with a version of HTC’s Sense overlaying it.

One of our favourite things about all HTC One devices across the board is their wonderful sound quality. However, it’s possible that we may have to say goodbye to front speakers, because the front speakers take up a lot of space, which proves it to be a design obstacle. If HTC is going to completely refresh the looks of their flagship, it would be hard to work around the large grilles. BoomSound paired with their front speakers are two things that we pray HTC will keep.

The display is rumoured to get beefed up to become 5.2” with QHD AMOLED display. It should have an unremovable battery with a capacity closer to 3000mAh, and it may use USB Type-C.

Unfortunately, we can’t provide more accurate with the speculations. One thing’s for sure, though: we would be pretty disappointed if HTC doesn’t give us a massive overhaul with the new One M10/Perfume. Is there anything in particular that you’d like to see in this new flagship? Let us know!