Android Wear 2.0 Incoming – What to Expect

Android Wear 2.0 Incoming – What to Expect 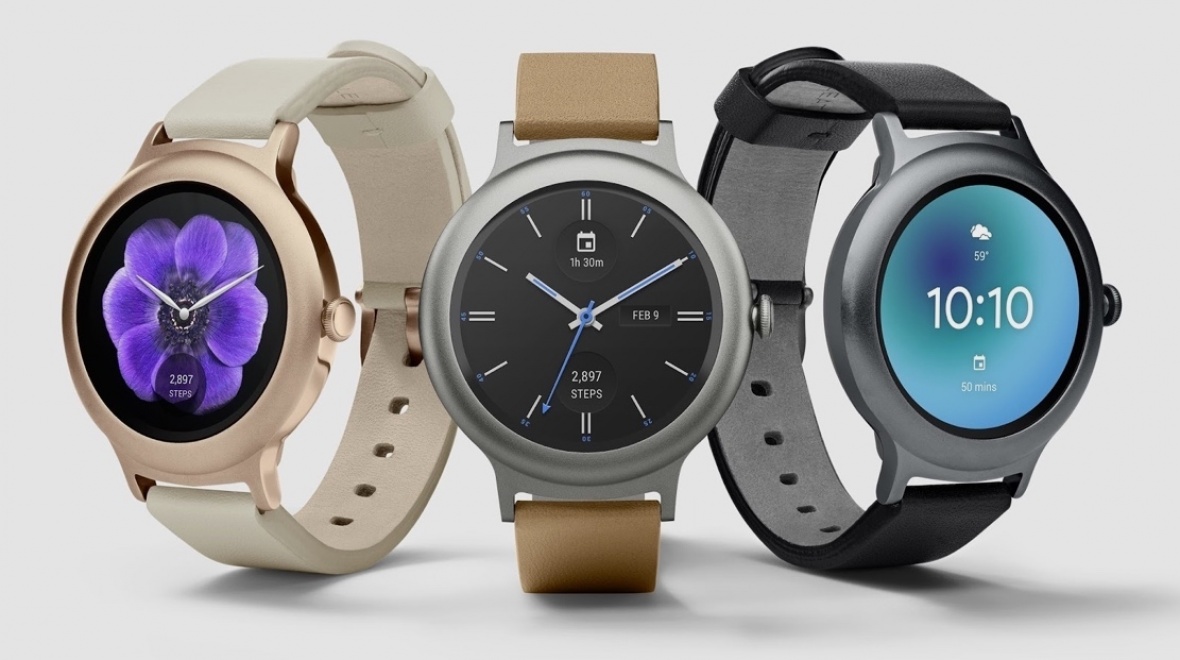 You heard it, Google is soon releasing the next major overhaul for their Android Wear line up which they are calling “Android Wear 2.0”. In the past few years we have had a lot of different smartwatches released by a slew of manufacturers. Some people love wearing it everyday, while others, not so much. We know that our whole office along with many of our own friends do not actually wear them despite owning them. Even though these wrist watches have been available to us for 3 years or so the majority of the population simply did not find them as a necessity. With poorer battery life (for the high end models) compared to real watches and functions that can all be completed easily with higher visibility on your own smart phone, no wonder people tend to gravitate towards pulling out that classic smartphone instead.

Despite this Google was not discouraged but rather decided to push on to revamp the whole functionality of smartwatches. Manufacturers also did not stop but rather kept pushing out new models to sell. Google’s smartwatch development has yet to break out of the whole “wearable” niche and into the mainstream. Despite all of the various designs it just doesn’t seem to stick.

In light of all this Google went back to the drawing board and re designed what a smart watch should be. That is how they came out with Android Wear 2.0. With a more simplified design, new features, and a new way to have the watch operate independently from your smartwatch (most important point here) here we will look into the details.

The biggest and most important change we see in Android Wear 2.0 is the introduction of independent standalone apps. Gone are the days of having to always connect to your smart phone to function and in with the days you can perhaps truly walk around without your smartphone. Maybe we went too far there. Smart watches are still a little too basic to replace your smartphone entirely as there are still some apps that will need data syncing if there is something important to share between the two plat forms.

We are hoping that this big update will enable brand new ideas in how these smartwatches could be used and also usher in a new era of specializations.

Also included with this update, Google will be including the Google Play store to coming smartwatches running the 2.0 update. This enables users to browse and download smartwatch applications and install them directly. This eliminates the previous restriction of having to download a smartphone version on the smartphone first before transferring it to your watch.

Another big change in Android Wear 2.0 is the Complication API. This enables developers to implement their data from other apps onto their watch faces. This would enable higher levels of customization on top of the time told by the watch face. This could involve weather information, flight information, sensor based information, and much more. Clicking on the data shown on the watch face would allow the user to access the information in more detail.

Google Assistant will now be integrated into Android Wear 2.0. We have already seen what the Google Assistant is capable of in our own smartphones so this would be a welcome addition to the smart watch game. Now users would be able to update their calendars, schedules, shopping lists, ask questions, and the usual dandy things you can ask the Assistant to do.

Keeping with the times with Apple Pay and Samsung Pay, Android Wear 2.0 will enable smartwatches to make payments as well. The hardware requirement would be an NFC Chip integrated into the watch. This system would utilize Google’s Android Pay in this case.

Using this system is very easy. All the user needs to do is hold the watch close to the payment terminal and NFC will take care of the payment. Transaction details will be view able on the watch itself. 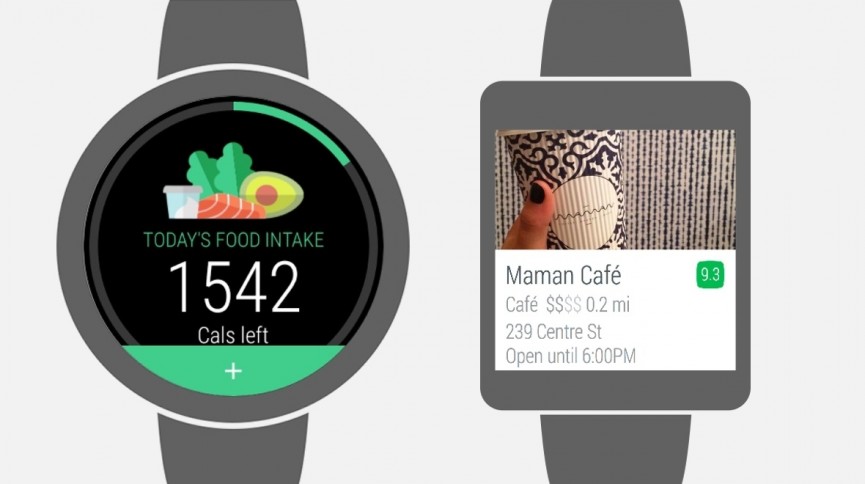 Google is keeping up with it’s Material Design styling in the UI. However, this time it has been brought over to the Smart Watches. Of course, the company has kept the optimizations good for the small display’s of the watches. For example, a new “curved layout” launcher rearranges the UI to fit a circular smartwatch and offers a circular scrolling and gesture experience.

New rotational input support should help a lot in terms of comfort and well, it just makes plain sense for a round display. 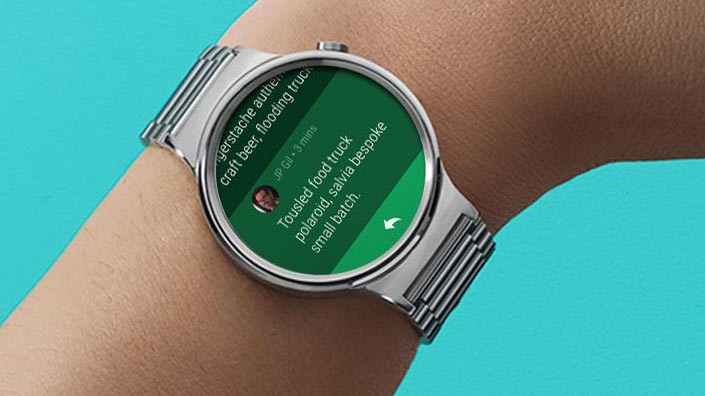 Notifications have also received an overhaul in 2.0. Google has redesigned this so that notifications no longer cover up your watch’s screen and cause a sense of clutter. Rather, with a contextual color in the background (depending on the app opened) users should experience a bit more of a flow when receiving notifications while using an app on their watch. For example, the application; Hangouts, would cause the notification to be green. The UI uses darker colors now which should help with battery life (especially on AMOLED displays). A small notification is shown on screen. Raising your watch would enlarge the notification to full screen from which point you can swipe up or left and right to interact.

Smaller and cheaper fitness trackers have stolen a lot of the spot light smartwatches offered. In light of this, Google worked hard to improve the capabilities of Google Fit. Their new Activity Recognition API enables the watch to detect activities such as walking or biking and then activate the associated fitness app based on the activity.

Google has given third party developers access to fitness data stored within the smartwatch. This should help out a lot in app content and variety on the Play Store. Specialist apps can now communicate with one another and keep everything (theoretically) flowing for fitness folks. Keeping progress an easy thing to track over a wide variety of activities. 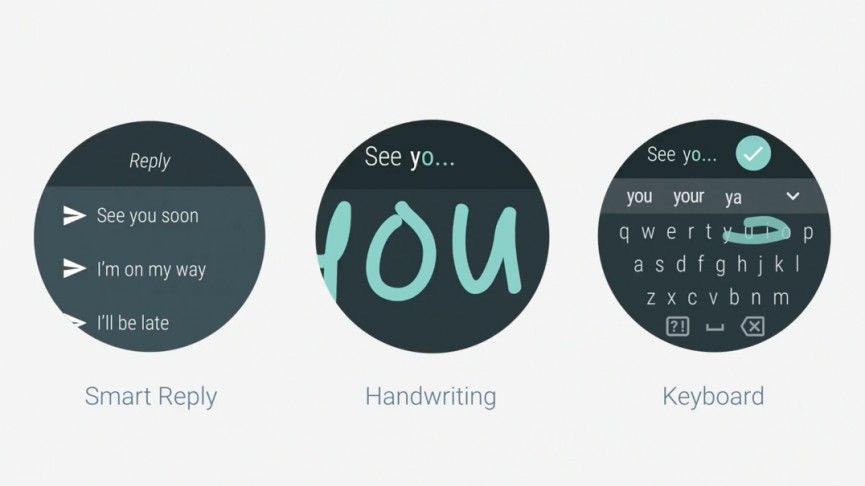 Owners of smartwatches today have the ability to send out messages or reply to messages by using voice input or actually typing on the tiny device screens. It may be more or less of a hassle for many. In 2.0 Google strives to make this experience a lot easier. With new support for handwriting, keyboard input, and a Smart Reply feature Google hopes this assists in faster responses during messaging.

Google implemented their Google Machine learning Algorithm to give users three quick response answers based off of the message. Because this is a machine learning system it learns from you over time which means improved responses the more you utilize this.

Apparently, in 2.0 Google also brought over the entire Android input method framework. We look forward to what developers will be able to do in creating their own custom input methodology as well as improving already existing methods of usage.

The next smartwatch that comes with Android Wear 2.0 will be the LG Watch Sport and Watch Style. Both of these watches will feature NFC mobile payments, Google Assistant, and standalone data capabilities with a built in 3G/4G modem.

Look out for more smartwatches on their way from companies such as Huawei, Asus, Motorola, and especially Samsung.