LG G6 vs. OnePlus 5: Who has the better dual camera?

LG G6 vs. OnePlus 5: Who has the better dual camera? 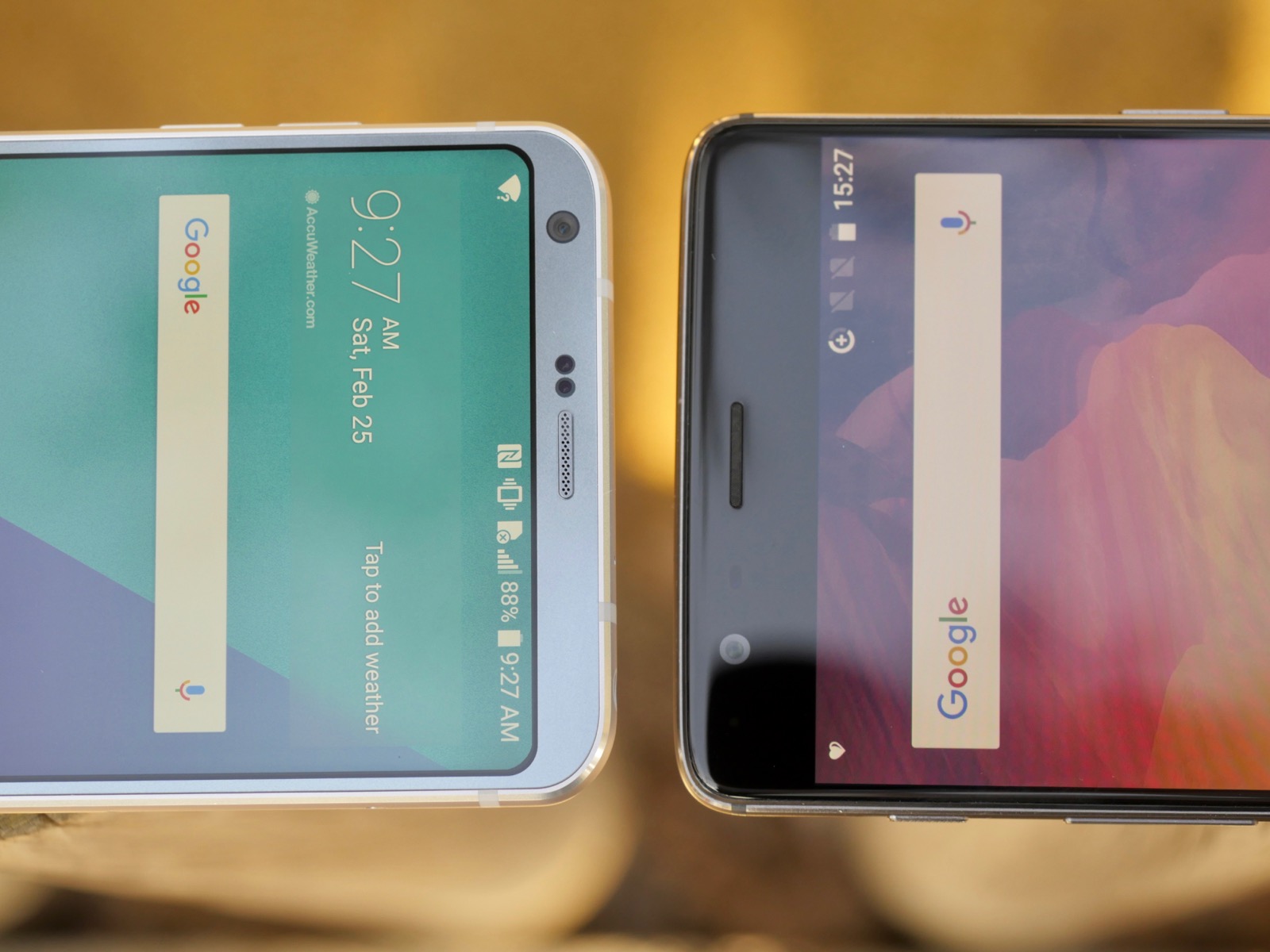 Today we compare the camera performance of the OnePlus 5 and the LG G6. Both the G6 and the OP5 offer their own versions of the Dual Camera module so let us see which is better. It is certainly true that the companies who developed these phone’s were going for different thing’s when they implemented these cameras but in the end image quality is what matters.

Let’s first compare the specs of both phones

The specs alone tell us that the difference is quite large. We are talking about two different species who came out of their manufacturer’s care at different times. The LG G6 utilize IMX sensors that are “a bit” older compared to the newer OnePlus 5. Nonetheless, both companies boasted quality in the smartphone’s photographic abilities. The way the dual cameras work on both phones, however, is different. The LG G6 has two camera lenses on the back that act as single lenses (one wide, one standard). The OnePlus 5, however, uses a standard lens in one camera module while including a telephoto 2x lens in the other instead of a wide angle lens.

The image above shows a comparison between the OnePlus 5’s and the LG G6’s photographic capabilities. we can see that the OnePlus 5 is producing more “natural” colors compared to the more saturated color scheme found on the LG G6. The sand is a lot more detailed on the OP5 while the G6 seem quite mushed out and less detailed. Looking at the stripes of the boxed structure in the center we see that the red is a lot stronger on the G6 while the white and red on the OP5 is less saturated. The skies are darker on the G6 as well. Overall, on an overcast day at the beach the OP 5 seems to produce more realistic results compared to the LG G6. The G6, however, does produce starkly more saturated images if that is your thing. The only thing we disagree with on the G6 is the level of detail. We can possibly blame this on the slightly older imaging sensor found in the G6. HDR was turned off for both phones in this image.

This image shows a side by side comparison of a blox man toy figurine. At first sight we liked the LG G6’s representation a lot more than the desaturated rendition provided by the OnePlus 5. The yellow is more vibrant with the brown and black showing a deeper contrast. The blue and white skies in the background on the G6 have a brighter texture and color to them as well. All this may be characteristic of the LG G6’s camera’s tendency to over-saturate images but in this case it works. The OnePlus 5 may provide a more realistic capture of the time of day and color of the light but it is a lot more boring to look at and in a side by side comparison it literally pales in color and contrast.

Testing the camera’s on a low light situation we had to judge the amount of noise the cameras would produce. Right away we see a lot more noise and image detail deterioration on the LG G6. Yet both phone’s show much promise. The LG G6’s white balance is incorrect in this low light shot (perhaps, again, due to its tendency to over saturate images). This is where the OnePlus 5 is providing a more accurate low light image; the white balance is correctly set, while the noise is quite acceptable. The amount of details retained is pretty good as well. We prefer the more realistic rendition of the OnePlus 5.

The LED flash units integrated on both phone’s operate in similar ways. Due to the angle of the shot and the differences in the degree of view of each lens the amount of flash is rendered differently. On the LG G6 being “straight on” we see no shadow but a strong line of light in the faces of our subjects. The color here, however, is similar but less saturated compared to the OnePlus 5. This is mostly because the white light from the flash is quite strong. On the OnePlus 5, however, we found that the subjects had slightly more saturated colors which means that the OP5’s camera lens’ maintained good white balance and correct shutter speed / aperture control when capturing these subjects. The main focus here is the flash units fired which could suggest that the OnePlus 5 has an edge of not washing out the subjects so much as the LG G6 did. However, both camera’s produced such similar images that it is up to subjective taste to make the final call.

Winner: Both (our preference was for the OnePlus 5)

Here is another shot where we would like to include a wide angle shot (using one of the LG G6’s lens’). As you can see, the blue’s are rendered nicely on the OP5 while the blue skies are lighter (not darker) on the G6. In the wide angle shot below we found that the LG G6 offered a darker blue which was more akin to reality than it did in the other regular lens which produced the LG G6 image shot above this paragraph. We are going to suggest that the OnePlus 5 offers a balance between the regular lens and the wide angle lens of the LG G6’s two images which is quite interesting to see. If one would combine the image of both the images produced by each lens on the LG G6 you would potentially receive a OnePlus 5 image. But we must admit that the wide angle lens on the LG G6 has potential to create some awesome images thank’s to it’s unique field of view.

Overall, we do prefer the final result of the LG G6. Even if technically the OnePlus 5 produced more realistic images with more detail. In the real world with regular consumers people want images that “pop” on social media and on their own photo reels. It is the image that “pops” combined with proper composition, thought, art, and technique that makes for an image that will be “popular” on social media. However, the decision factor would be the type of images you as the user would expect. If wide angle is your thing you would need to look into the LG G6. For telephoto images the OnePlus 5 with more realistic low light may be your thing.