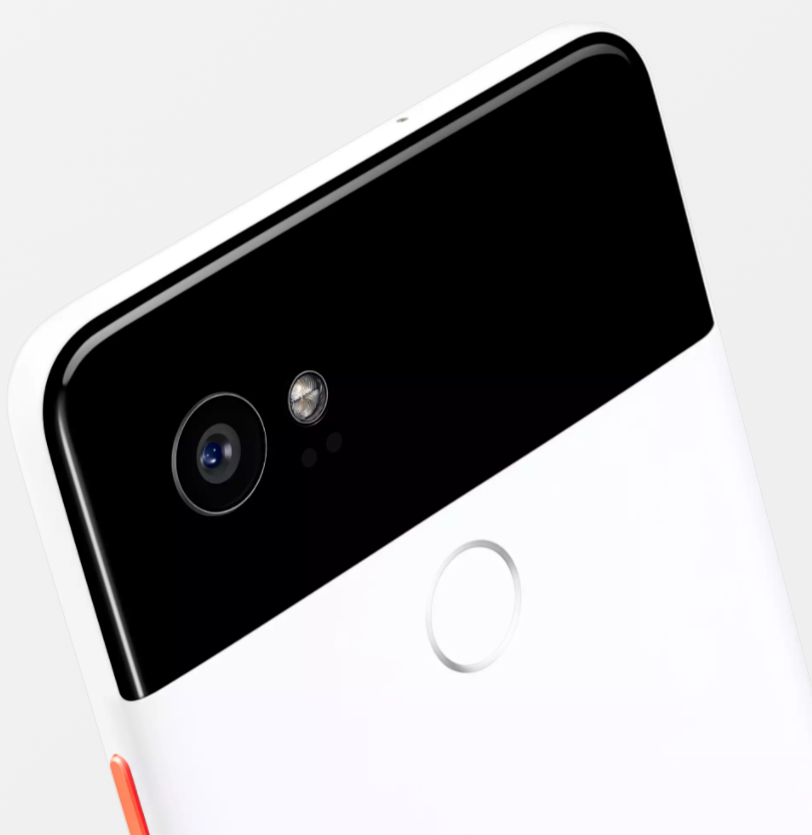 The Google Pixel and the Pixel XL were big successes in relaunching Google’s signature pure Android line up of high end flagship devices. The Pixel was up there amongst the best in terms of photographic capabilities while boasting big specs and a comparatively large price tag.

The Google Pixel 2 and the Pixel 2 XL launched recently at Google’s own unveiling. The Pixel 2 is the second iteration of it’s focus on building great hardware for the Android ecosystem. This year, the Pixel 2’s camera (which is not a dual camera setup) was given, yet again, the highest DxO score. The device boasts of the latest high end specs and a full metal body with that iconic Google Nexus/Pixel

The biggest gripe, nonetheless, is the lack of the headphone jack which shows that Google is following in Apple’s footsteps. Last year during Apple’s transition away from the 3.5mm headphone jack with their iPhone 7 and 7 Plus, Google poked fun at Apple. Now the Pixel 2 connects to USB C powered headsets or via USB C to 3.5mm adapters. #Courage seems to be the growing trend here and you can take it as a good or bad thing. The 3.5mm headphone jack is slowly on it’s way out but it is too soon for it to be snuffed out due to the fact that the majority of people still prefer using cheap alternative 3.5mm headphones and high end 3.5mm headset’s that pump out audiophile-approved quality sound. It is true, however, that wireless technology will be a big part of our technological future.

The Pixel 2 is also the most boring of the two models presented. The Pixel 2 XL is the better choice in our eyes for the updated design that certainly plays catch up to all other mainstream manufacturers (Samsung, LG, etc). The Pixel 2 stays true to the original Pixel device released last year with thicker bezels on the front and being the smaller choice. It does not have the headphone jack either but it also does not go for the bezel-less design.

We will take a quick look at both the Pixel 2 and Pixel 2 XL side by side and see what is special about them. 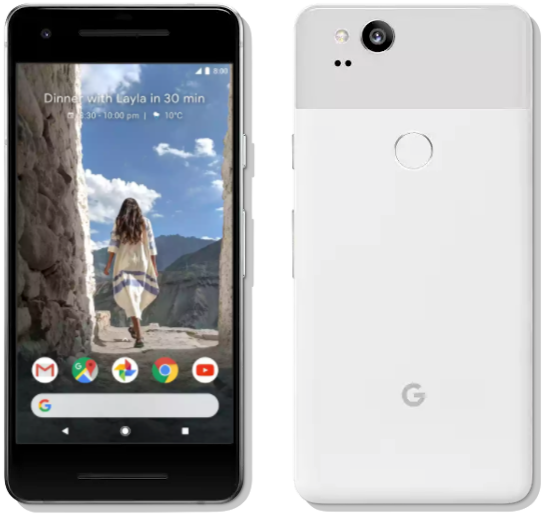 And that pretty much sums up the basics of the Google Pixel 2. It is the younger brother of the Pixel 2 XL.

The Pixel 2 has it’s own purpose and will serve it in a very different way than what the Pixel 2 XL has. It caters more to those who loved the older design of the original Pixel phone but with a high end spec treatment. It also gives more options for those who really do not want to buy into the whole bezel-eliminating trend and for those who do not want a large display / large bodied phone.

The Pixel 2 will be plenty fast due to the Snapdragon 835 processor and 4 GB of RAM (which is plenty still and for a while). Remember back in the day when 1 GB of RAM were reserved for the truly high end flagship models? We’ve come a long way and the industry is moving quickly. Apps are becoming bigger and more robust and multitasking is a huge signature feature for the Android OS. The 4 GB of RAM will carry users through multitasking especially with Androids new multi window function which opens two apps side by side. Keeping apps in memory to quickly jump around from app to app should not cause any slow downs or issues.

Another difference between the Pixel 2 and the Pixel 2 XL is in the resolution. While the Pixel 2 XL receives the new P-OLED 2880×1440 (18:9 ratio) display the Pixel 2 retains the same 1080p display. At least the Pixel 2 get’s upgraded to an AMOLED panel. The Glass is the standard Corning Gorilla Glass 5. 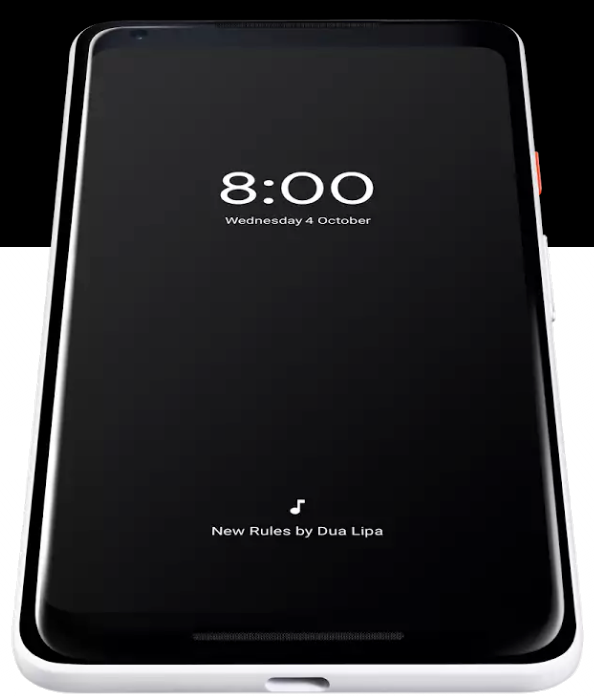 So then let’s move onto the more juicier bits. Enter the Google Pixel 2 XL. The older and more matured brother to the basic Pixel 2 and that which also embodies Google’s entry into serious hardware making actions they are taking as a company to represent pure Android. It is also their first attempt at creating something near bezel-less in terms of the display which follows in the footsteps of LG, Samsung and HTC. The Pixel 2 XL is “the” flagship device that Google has produced in conjunction with HTC.

Specs for the Pixel 2 XL: 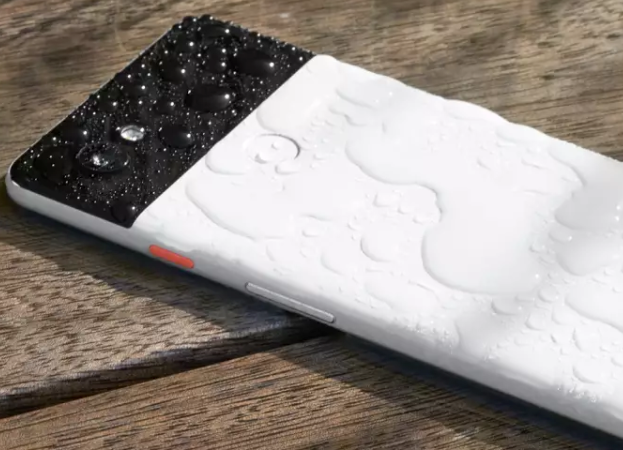 The Pixel 2 XL also comes with Corning Gorilla Glass 5 which is the latest in glass tech found on most flagship devices. These are found to be resistant to your car keys and other metal objects in your pockets such as coins. Of course, the glass back display will not be hard enough to resist something as hard and sharp as sand which will cause micro scratches. The display uses the new P-OLED panel with a QHD resolution of 2880 x 1440. The display is also tall with a ratio of 18:9 (like the LG V30) due to the less-bezel’s approach.

The Pixel 2 XL, like the basic model Pixel 2 comes with the newest Snapdragon 835 Octa-Core processor which has been proven to be a beast of a chip. You do not need to worry about slow downs, heat issues, or other performance concerns.

Built out of mostly-aluminum the body is sturdy yet still manages to be pretty light. The curved glass panel on the front of the device also shows a front facing camera at the top. The Panel on the back is also made of glass but only on the top region where the main camera sits. The finger print sensor marks the beginning of the metal back region of the phone. This is a confident design language by Google giving us a composite two piece material back that the Pixel was known for.

The Pixel 2 XL is powered by a 3,520 mAh battery pack that should give you all day performance with ease. Coupled with the Snapdragon 835 you are in for a world of efficient processing. This large battery capacity is large considering that even the Samsung Galaxy Note 8 houses only a 3,300 mAh battery. Even the 3,300 mAh in the Note 8 enables all day usage so the Pixel 2 XL should fare better. Google stated that 15 minutes of charging can give you 7 hours of battery life.

The primary camera found on the Pixel 2 and 2 XL both come with a new 12.2 MP, f/1.8 sensor and lens. It also utilizes dual-pixel sensors which actually enables Google’s own portrait mode just as Apple, Samsung and many other manufacturers are implementing.

No Dual Camera but that’s quite alright

Google did not go with a dual camera set up this year on either models yet we are impressed to see Googling still adding features like Portrait Mode. Sure Portrait Mode is all about the software but the hardware enabling this via a dual-pixel array is pretty cool to see. The camera that Google offer’s always manages to receive the top DxO mark and this year it is no different. The camera should still give you awesome photos.

Always on displays have been around for quite some time. However, Google now implemented a new feature on the AOD where the phone will constantly listen for the songs playing in the ambient space in restaurants or other places you may be and show the song title at the bottom of the AOD.

This was actually seen in a feature called HTC Edge Sense but since Google did acquire 2,000 engineers and intellectual property from HTC for $1.1 billion we aren’t really surprised it made it to the Pixel 2 and 2 XL. Instead of having to press a button like the S8 you simple squeeze your phone to launch Google Assistant. People seem to have a bit of fun with this feature.

So what do You think?

Despite Google dropping the 3.5mm headphone jack making many fan’s woe and walk away, we still have a good amount of people who will buy the Pixel 2 or Pixel 2 XL. The phone’s are still fantastic in their own right with high end specs, a wonderful camera, and new AOD functions that listen to the music around you without you needing to do anything. The only other thing we did not talk about was price, which is marked at 649 USD for the Pixel 2 and the Pixel 2 XL starts at 849 USD.  The costs for these phone’s aren’t exactly cheap. 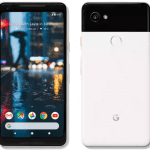 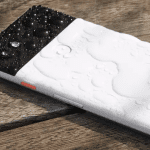 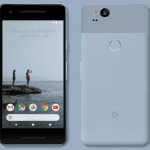 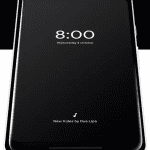 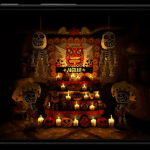 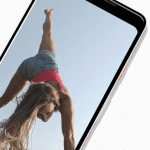 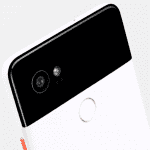 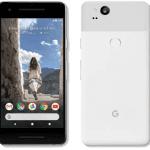