Huawei is a company known for budget to mid-range smartphone devices yet their newest addition that is the Huawei P20 Plus suddenly entered the super high-end smartphone segment that includes devices such as the iPhone X, the Note8, the Galaxy S9 Plus and more. Priced at 800 Euros (approx. 1,412.36 CAD) this is no cheap phone, rather it pits it directly against the expensive iPhone X and the Galaxy Note8. This is quite crazy because till now we know that only Samsung and Apple have been butting heads for the “most expensive, most high-end smartphone” crown. In a way this can be a good thing as Huawei introduces more options and we are interested to see how this will affect the market by the end of 2018 Q4.

Let’s take a quick look at the P20 Pro’s specifications below:

The Huawei P20 Pro is regarded to be a surprising upgrade to it’s predecessor with seriously useful camera upgrades and top-end design changes that significantly will improve the company’s chances in competing against Samsung and Apple. 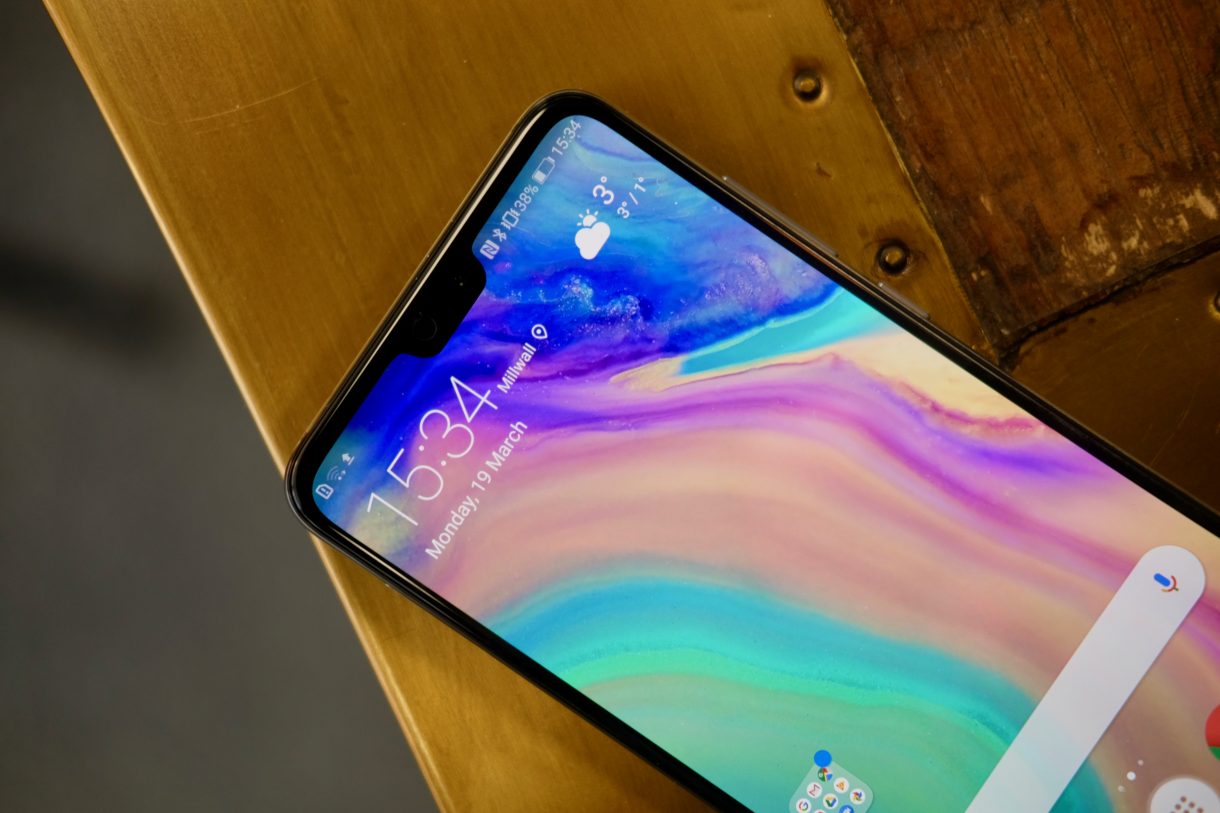 The P20 Pro is a completely redesigned smartphone which also marks a new beginning for the company. With a beautiful looking 6.1 inch AMOLED display that covers about 81.9% of the front panel this brings us back to what the Mi Mix 2 looked like with near bezel-less designs. There is still that noticeable notch at the top but it is not as intrusive as the iPhone X or the Essential phone had shown. The color reproduction is fantastic thanks to that AMOLED panel with deep blacks and bright vibrant colors but there seemed to be a bit of “fuzz” that is only minor.

The design is eye-catching to say the least. The P20 Pro is built out of glass and metal in it’s design and manages to squeeze in a near bezel-less 6.1 inch display experience. The device is shiny and is Huawei’s best design so far. There are two large plates of Gorilla Glass while quality metal bezel’s round the edges of the device.  Samsung does a bit of a better job in creating a “all screen” front but that is because Huawei’s screen does not curve to the side. The positive side to this is that screen protectors and tempered glass protectors will apply a lot easier and stay on easily on the P20 Pro. The P20 Pro has a larger battery than it’s competition yet it is technically slimmer and lighter than the Galaxy S9 Plus with a thickness of just 7.8mm.

The Huawei P20 Pro is the first Huawei phone to feature a “notch” just as the iPhone X did but is not as prominent as the iPhone X by any means. It is more to the level of the Essential Phone. Right now the “notch” is in fashion for some reason and will most likely be a cringe to look at in hindsight in some future so we aren’t too bothered by this. In this notch, Huawei integrated a High Resolution selfie camera as well as the speaker ear piece. The notch won’t be a big issue for most for P20 Pro users as standard videos play at 16:9 ratios so the notch and the screen to the left and right of it will be your status bar instead.

The big let down is the lack of a 3.5mm headphone jack as Huawei follows Apple’s approach in removing such a staple features. Instead you will receive a USB-C to 3.5mm headphone jack adapter in the box. Otherwise, you are forced to use a wireless headset. We still, obviously, prefer the actual jack which eliminates the need to pair, avoid the connectivity issues that bluetooth starts to give you as you constantly go on and off with your music through your day, and the need to charge yet another device in this already busy and hectic life is too much for most.

The P20 Pro is water resistant with a great rating of IP67 which enables this phone to be submerged in a meter of water for up to 30 minutes. Please dunk responsibly and note that these phones aren’t designed as “water proof” designs, rather they are “water resistant”.

A fingerprint scanner lies below the P20 Pro’s display and it is extremely fast taking you to the homescreen without a hitch. Face Unlock is also rather quick too. The P20 Pro actually uses its high-res camera to simply read your facial features to recognize your face. It does not use IR or advanced tech that Apple incorporated into the iPhone X. The Face Unlock should work in darkness too as it can utilize your displays brightness to illuminate your face. We have noticed that this feature is designed for speed and convenience rather than any level of security. You won’t need to press the power button either! Using the gyroscope sensor built in the P20 Pro will unlock as soon as you lift it to your face. We do not believe that Face Unlock would be Huawei’s selling feature 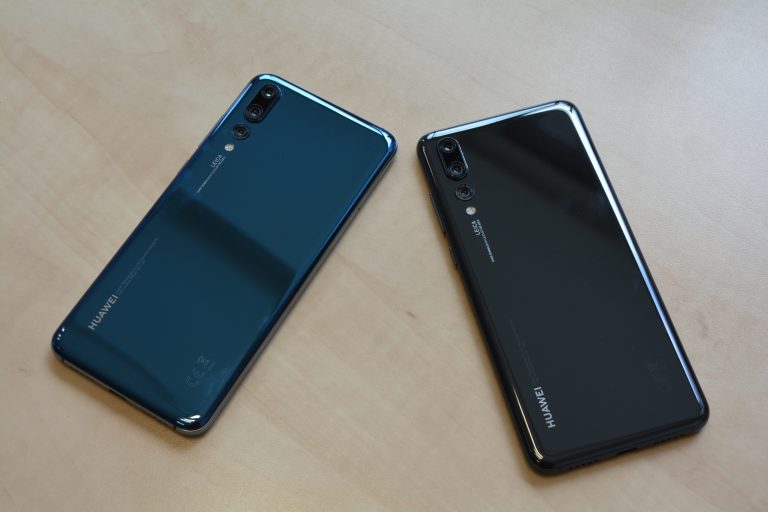 The Huawei P20 Pro is the first smartphone to introduce a Triple Camera setup. There is a 40 MP telephoto camera (f/1.8), a 20 MP monochrome sensor (f/1.6) which contributes depth and texture, and a standard 8 MP sensor (f/2.4). The 8 MP sensor features OIS (optical image stabilization) while the 40 MP and 20 MP sensors feature AIS (Artificial Intelligence Stabilization.

Huawei partnered with famous optics manufacturer Leica to create the fine-tuning required to capture amazing photos and to assign specific roles to each sensor. The 40 MP camera the colors of the scene while the 20 MP monochrome sensor captures details, textures and depth (which works to create bokeh effects too). The 8 MP sensor is used for zoom functions.

In auto mode Huawei really fine tuned their AI engine to offer frame-by-frame optimizations which offers a host of support in various situations, including action, low light and close up macro photography. Together the triple camera setup captures crisp images with lots of detail in both daylight and low-light situations. The 24 MP selfie camera also captures a ton of detail too.

Super slo-mo is also introduced and offers 0.2 seconds of burst shooting at 960 fps but it often distorts your subjects so it will need more work. One thing we noticed was that the P20 Pro over-saturates the images in post. The colors pop a lot of the time though and we believe a lot of folks will like that. 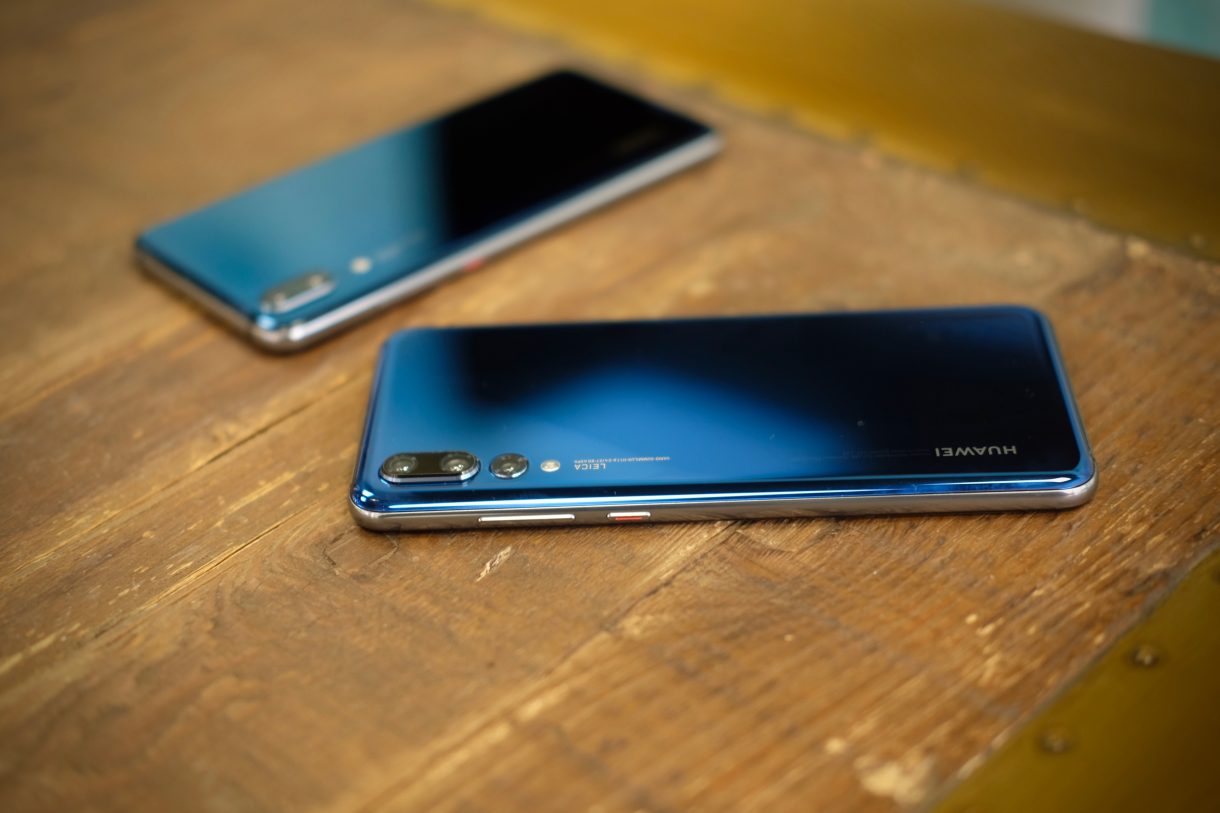 The Huawei P20 Pro features a high-end, blazing fast, Kirin 970 processor which is also developed and manufactured by Huawei. Backed by a nice 6 GB RAM this beast of a phone will handle anything you throw at it. The smartphone remains cool and fast when switching between task intensive applications like games and rendering apps while streaming over spotify.

You won’t see any drop in performance in any 3D games you like to play such as Asphalt 8: Airborne. Frame rates, as expected, remain consistent and will not disappoint die hard high-end smartphone performance expectations.

The Huawei P20 Pro features a massive 4,000 mAh battery pack which is non-removable. This is more than enough for such a high efficiency and high performance smartphone to last you for more than a day. From early morning commute to late night the phone ended up having a nice 48% battery life. We put it through a normal days of usage with Spotify, kakaotalk, whatsapp, slack, occasional games on the toilet or break, reading off Google Books, and Youtube videos too.

If you need to charge the P20 Pro features a Super Charge Fast-Charging feature as well which is found to be a lot quicker than Samsung’s Adaptive Fast Charging. From 48% to 100% charging took only a bit over half an hour (35 minutes).

Huawei also included the option to drop your screen’s resolution to 720p just like you can in Samsung phones if you need to squeeze out some more battery life. Power saving modes are also available but the sacrifices will be obvious. 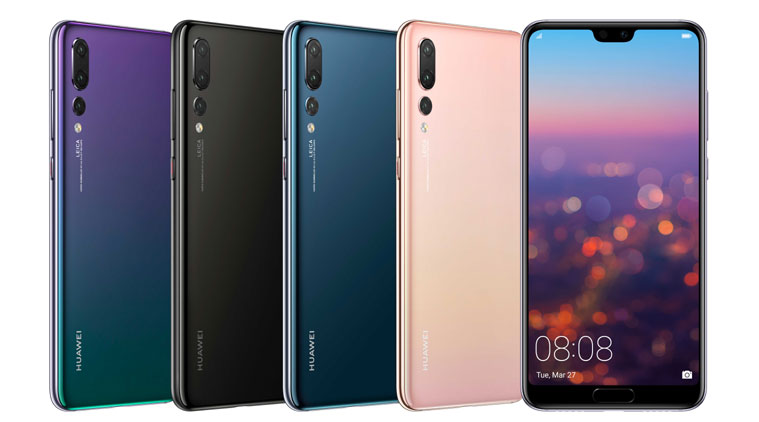