How to Unlock HTC Wildfire S 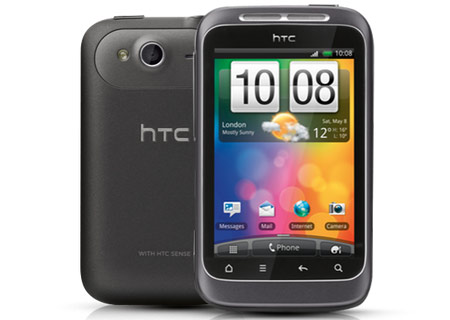 This is a tutorial and instructions on how you can unlock your HTC Wildfire S by Unlock Code to work on any GSM network.

The new HTC Wildfire S has a 3.2″ touchscreen with 540 x 960 pixel resolution. The HTC Wildfire S works with a 600 MHz Scorpion CPU and runs on the platform Android OS, v2.3 aka Gingerbread. The dimensions comes to about 101.3 mm in height, 59.4 mm in width and 12.4 mm in depth and weighs about 105 g. The HTC Wildfire S is one of the thinnest and lightest Android phones yet. A micro USB connector is located on the left side of the handset under the volume rocker, while the 3.5mm handsfree port and power/screen lock key are placed on top. There is also a 5 megapixel camera with video capture. Cellunlocker.net is proud to announce we are unlocking the HTC Wildfire S fast and easy.

Cellunlocker.net is proud to announce we can Unlock the HTC Wildfire S to any GSM Network fast and easy!

We can unlock all Networks of the Wildfire S including:

Once you unlock your HTC Wildfire S device, you can change to any GSM Carrier.

Reasons to remote unlock your HTC Wildfire S with Cellunlocker.net

* If you are travelling, buy a local SIM card and save on roaming fees
* The resell value of the HTC device will increase significantly as it is available to more carriers.
* Easily switch between SIM card, using the same phone.
* Unlock your phone from the comfort of your own home
* You never send your phone to anybody.
* No complicated software, or cable, just simply enter the unlock code we send you
* There is absolutely no risk of damaging your HTC Wildfire S by unlocking it.
* Very easy, no technical experience necessary.
* The phone is permanently unlocked, even after updates
* Warranty will not be voided
* 100% Guaranteed, if we cannot get you your unlock code we will refund you no questions asked