The Samsung Galaxy S3 or Galaxy S III was supposed to be unveiled at the Mobile World Congress meeting of 2012, however Samsung chose to release it just yet… 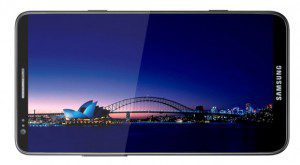 Once, released in July 2012, Cellunlocker.net will have the first Unlocking Solution in the world via Remote Unlock Code which will permanently unlock the Samsung Galaxy S 3 Network.
Unlock code will be able to be obtained here, Unlock Samsung Galaxy S3