One of the more frequent questions you’ll hear from a mobile phone user is: “What’s the difference between 2G, 3G, 4G, LTE, and LTE-A?” Let’s take a few moments to try and decipher this mystery.

Some basics…
In short, you can think of these as names for the speed at which data is transferred through wireless networks. If you load the same webpage on a phone that’s running on 3G compared to one that’s running on LTE, the device utilizing LTE will complete the task much faster than the one on 3G.

As you’ve likely guessed by now, 2G transfers data at an even slower pace. If you had an older phone such as the Sony Ericsson T715A (or any device capable of accessing the Internet), you would have noticed that when web pages were loaded, only the most basic of pages could be displayed. However, it is on 2G networks that voice calls, text messages, and picture messages were once all accomplished. You’ll notice that even today, if you don’t have data turned on–or if you do not have data in your service plan–that you can still make calls or send messages on either the 2G or 3G networks. If your phone doesn’t show this on the notification bar, you can find it through the settings.

So now what is LTE? It stands for “Long Term Evolution,” and, to most, it is a type of wireless network technology that has mostly replaced 3G, which has since replaced the 2G network. 4G, on the other hand, is a speed that is faster than both LTE and 3G, but there are a certain set of requirements that need to be met before a network can be deemed “4G. ” However, because of these requirements, LTE is not actually 4G, but can be considered a path to 4G speeds instead.

Does this mean my provider has been lying to me?
Even though it’s true that your phone has likely been displaying 4G or 4G LTE–and your provider has been advertising 4G LTE speeds–you’ve actually been using speeds that are slower than what “real” 4G is, you haven’t quite been lied to.

The reason behind this is that at the time of LTE’s release, LTE wasn’t quite able to meet all the requirements for 4G speeds due to the advanced technological requirements. However, because LTE was a significant upgrade over the available 3G at the time, it was deemed by a governing body, the International Telecommunication Union, that LTE could be advertised as 4G LTE. As you can see, service providers immediately jumped on the advertising opportunity and thus, we have the “4G LTE” speeds that we’ve been so familiar with. 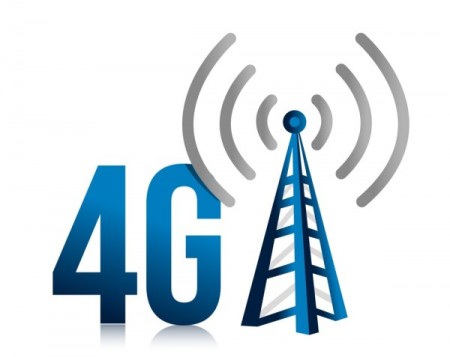 So what is LTE-A, then?
If you’re Canadian, you’ve probably heard that Rogers has already rolled out something called LTE-A, and that Bell Mobility is quickly following suit. So now that we’ve talked a little about the varying network speeds, what’s LTE-A? LTE-A is known as LTE-Advanced, and it is actually another upgrade. Whereas the typical download speeds of 4G LTE rest somewhere at 14Mbps, the typical speeds for 4G-LTE-A sit at around 42Mbps.

Keep in mind that not all phones were created equally. When this new technology becomes available in your area, make sure to check with your service provider to verify that your device supports LTE-A.