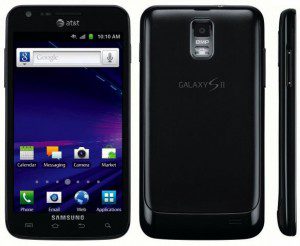 The Galaxy S2 was released in April 2011. It was availabe for Bell Canada in black or white. It has 16GB of internal memory and can be externally expanded up to 32GB. The Galaxy S2 has a 4.3″ super AMOLED touch screen with TouchWiz IU and Corning Gorilla Glass. The S2 has an 8MP camera with a 1080p video recorder; which supports geo-tagging and face and smile detection – just to name a few. It also has a 2MP front-facing camera. The S2 supports NFC and FM Radio as well. Once unlocked, it can be used with compatible carriers only.

Unlocking your Bell Galaxy S2 is quick, easy and 100% guaranteed by Cellunlocker.net.

Why Unlock your Bell Galaxy S2 with Cellunlocker.net?

How to Unlock Your Bell Galaxy S2